Amid the death and devastation caused by the war, it has strengthened cultural connections and collaborations between Ukraine and the rest of the world

Published via The Arts Newspaper -2 May 2022 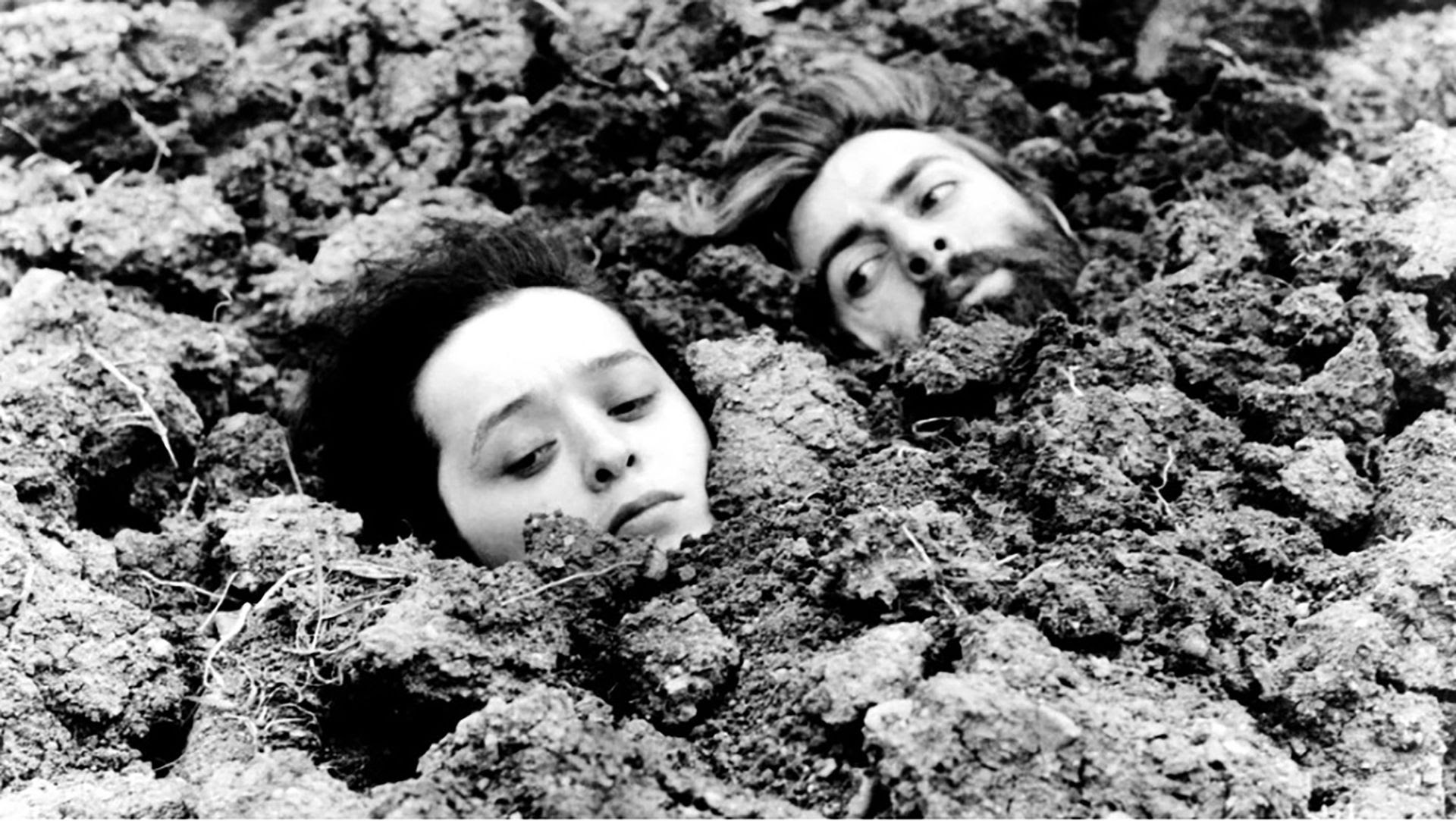 Still from the Georgian film Repentance, 1984 by Tengiz Abuladze

The recent totalitarian turn in Russian international policy brings back bad memories of the Cold War, of the Iron Curtain and of cultures divided along ideological lines. The Pan-Slavism underpinning the Putin regime’s policies reflects a tribal nationalism, an idea of Russian supremacy in the region (if not in the world). If it takes the toll of more than 11 million Ukrainian refugees and unspeakable crimes against human lives, the Russian government’s attitude seems to be, so be it. How this impacts art and culture in the region is a complex issue for every country in Eastern Europe.

What is important to understand about the region is its disunity. Each country here experienced its own trauma before, during and after the collapse of the Soviet Union. Now each nation in the region will experience its own type of re-traumatisation based on its long historical memory.

The balance of the region is being reset yet again. From an enormous inflow of Ukrainian refugees mainly into Poland, which is bound to disrupt social, economic and cultural ecosystems in the country, to immigration of Russians into Georgia and Armenia, significant changes of macro- and microeconomic scale in all Russian-bordering countries are taking place. Art, being a pulse of society, will reflect this shift.

“With many of my peers and collaborators we have been asking whether a new sort of non-aligned network can be envisioned which is truly decolonial—anti-imperialist and anti-war, spanning across more than one region and addressing more than one inequality,” Inga Lāce, the current Contemporary and Modern Art Perspectives (C-Map) fellow for central and eastern Europe at the Museum of Modern Art in New York and a curator at the Latvian Centre for Contemporary Art, says. “We should continue to strengthen the transnational collaborations already in place based on common values, friendships and equal exchanges rather than what states usually do, for example via mutual trade agreements.”

She adds, “Good examples of recent regional collaborations include the East Europe Biennial Alliance and the Kyiv Biennial.”

One obvious repercussion of the war is the isolation of the Russian art scene that most likely will prompt underground dissident art and intellectual engagements not dissimilar to the Communist kitchen culture. But more important is the international attention that artists from Ukraine and Eastern Europe are getting now. Ukrainian artists are being discussed, interviewed and shown on a scale unimaginable even three months ago—including prominent placement at the Venice Biennale. 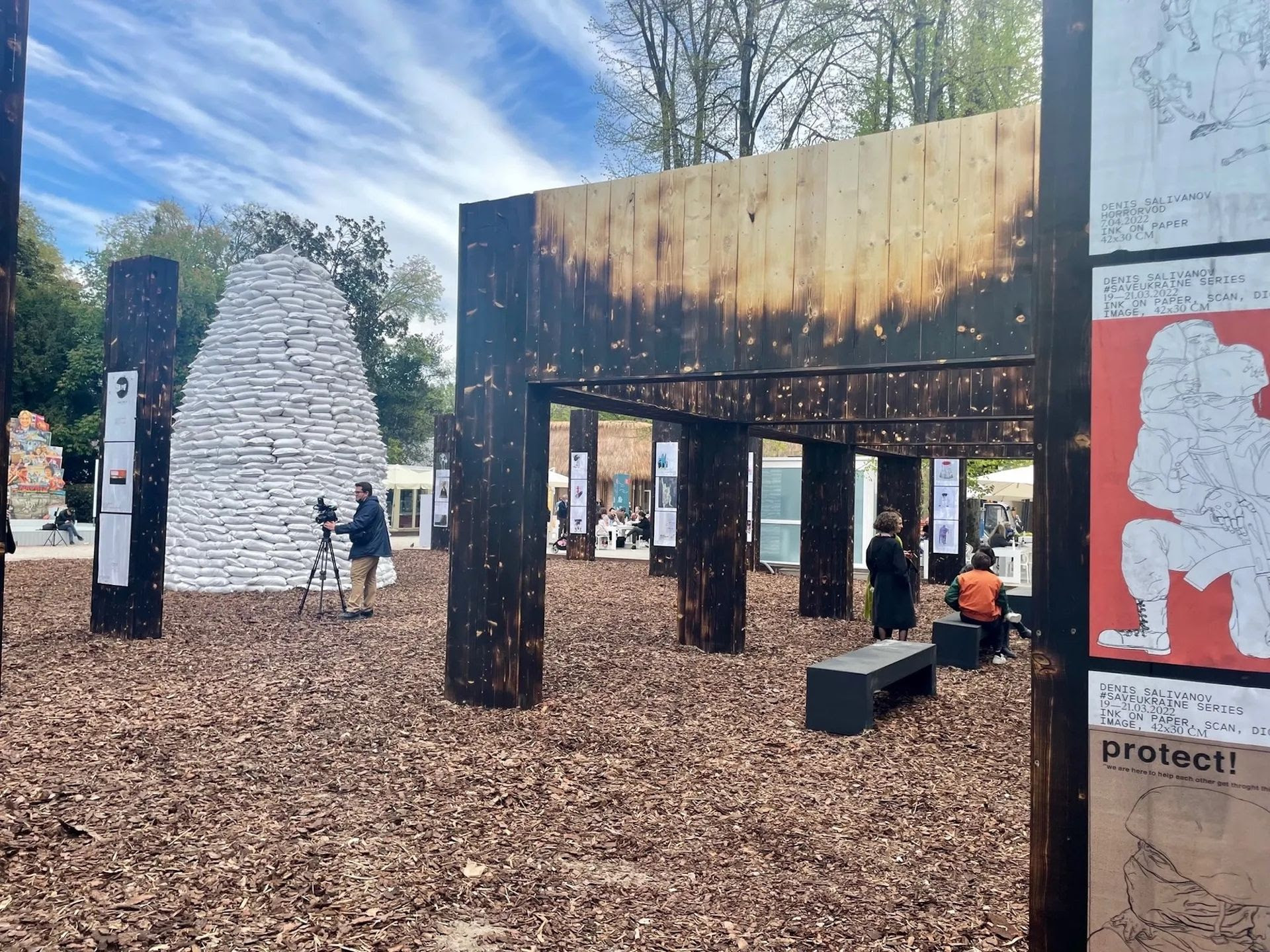 A temporary pavilion that was conceived only two weeks before the opening of the Venice BiennalePhoto: Aimee Dawson

Numerous benefit sales in support of Ukraine have been held and continue to be launched, some of them emphasising the authenticity of Ukrainian culture and its artistic identity, both of which are threatened by the Russian invasion. Ukrainian curators and collectives are achieving even greater visibility.

“I feel really humbled as I see the organising, civic activism and strength of my peers across Ukraine to begin with, but also in the region, using all the resources and platforms they have to help practically, but also to raise each other’s voices,” Lāce says. “In this process, I see a lot of important questions resurfacing in the region and beyond, their amplification directly triggered by the war—the discourse and practice of decolonisation and what it actually means in Ukraine, in Russia and the [broader] region of central and eastern Europe, is just one of them.”

The post-Soviet wounds of colonialism are being addressed, which will hopefully promote greater understanding of the mechanisms that lead to this destruction. The grief and repentance that took place in Germany after the fall of the Nazi regime never happened in the post-Soviet Russia. And now the region is dealing with Putin, a successor of the Soviet collapse and, in the eyes of many in Russia, an avenger of this shame. 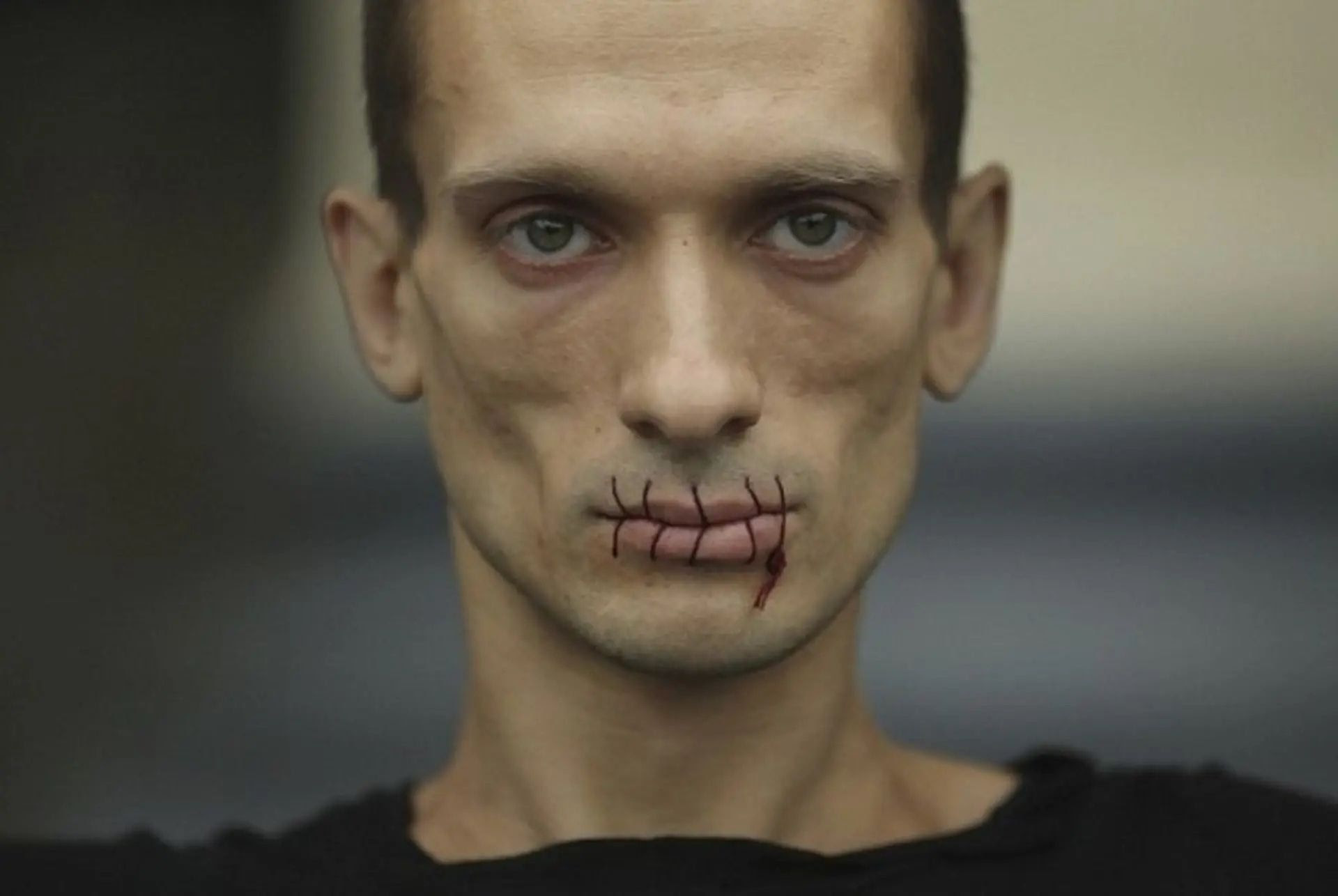 In a 2012 performance, Russian artist Pyotr Pavlensky sewed his lips shut in protest against the jailing of members of the feminist punk band Pussy Riot
courtesy the artist

“Ostensibly powerful states or communities convinced of their own truth—whether it is in Russia or the US—fear the artist because of his or her willingness to challenge the social and political order of things,” says Stephen Jones, director of the Georgian studies programme at Harvard University’s Davis Center and a professor of modern Georgian history at Ilia State University in Tbilisi. “Democracies must change and adapt, otherwise they turn into autocracies.That is the lesson of history, and the artist is a central figure in ensuring democracies survive.”

He cites the influential speech US president John F. Kennedy gave at Amherst College in Massachusetts shortly before his assassination, in which he asserted that poetry (and by extension all art) was “the means of saving power from itself”. Jones also notes philosopher John Stuart Mill’s seminal essay On Liberty (1859) as a crucial text for understanding the vital role art plays by opening up spaces for dissent.

“Mill was a political philosopher, and though he was not an ‘absolutist’ regarding freedom of speech, he firmly rejected any limitation on it by government, popular opinion or by the lazy acceptance of social and intellectual orthodoxies,” Jones says. “Censorship is an ally of authority and the morally infallible, a mindset which is reasserting itself around the world. Censorship is particularly hostile to the autonomy of the artist.”

Lāce concurs, noting that the war not only underlines the vitality of free and thriving artistic communities, but has the potential to transform how artists in Eastern Europe relate to each other across borders. It also presents an opportunity to shape the nationalism brought on by war into a more pluralistic, less xenophobic force than it has tended to be in Eastern Europe and elsewhere.

“The war inevitably exacerbates nationalism in societies across central and eastern Europe which were already grappling with it,” she says, urging fellow arts workers to think about “how we can reclaim the nationalism back from the right and make it more inclusive”.

View all posts by Nina Mdivani